The versatile actor has joined the prestigious Bodegas Balbás club

Alex O'Dogherty has visited Bodegas Balbas, being a mandatory stop during your trip through Douro Aranda. Thus, together with her partner, she has enjoyed a visit to one of the founding wineries of the DO Ribera del Duero. The actor rose to fame for his role in the well-known television series 'coffee camera', making a multitude of subsequent series and films, as well as artistic shows of the stature of The Hole. Within his new projects, he confessed to us the premiere of a new film after the summer as well as his new monologue show.

The morning began with a tour of the central facilities of Bodegas Balbas. After passing through the grape reception area, the group entered the tank room, where they were surprised to see the smaller ones, destined for the production of Balbás Rose Y Le Bijou Rose. During this first stage, he was very interested in everything related to winemaking and, above all, the evolution and selection of the grapes in the vineyard.

Then we enter the heart of the cellar, the antechamber of barrels. There, the aroma of vanilla and wood coming from the more than 2,000 pieces of oak used to age Balbás wines delighted the guests. "We would love to be able to live like this, surrounded by these aromas" they declared surprised by the beauty of the place, after listening to a little piece of family history told by Juan Jose Balbas, the CEO of Bodegas Balbas.

However, there was still something that would surprise both of them even more, because behind the last large wooden door they found the chamber of the foudres, home to the alitus and the great reserves. It is in this room where the great wines of the Balbás family rest and, in turn, the so-called 'Balbás Boteros Club'.

The Balbás Boteros Club and the tasting

Together with artists of the stature of Rayden, Fashion. or the Inter Movistar Futsal, Álex was able to sign his own barrel, thus belonging to the Balbás family.

“It is an honor to be part of this select group in such a special winery”, he confessed while smiling.

Finishing the tour of the winery, it was time for the tasting to be able to taste first-hand the wide range of wines that the winery has.

In the halls of Balbás I waited in a safe place Le Bijou Rose, very cold, almost frozen. A unique Premium rosé, from 664 bottles, that left us speechless both for its presence and for its flavor. "Very fresh and sweet, it's spectacular," they assured almost in unison.

From there they went on to reds, starting with Balbás Crianza, Balbás Reserva Y Ritus. The latter, from one of the first high-altitude vineyards in Ribera del Duero, located at an altitude of 940 metres, fell in love with the guests, who claimed they had never tasted anything like it.

With the suckling lamb served, all that remained was to put on the table the jewel in the crown of Balbás, the great Alitus, to thus put the golden brooch on a unique day.

Happy, the couple left the facilities and decided to continue their journey, which will soon return them to the banks of the Duero, as Álex is one of the artists who will perform at Sonorama 2019. 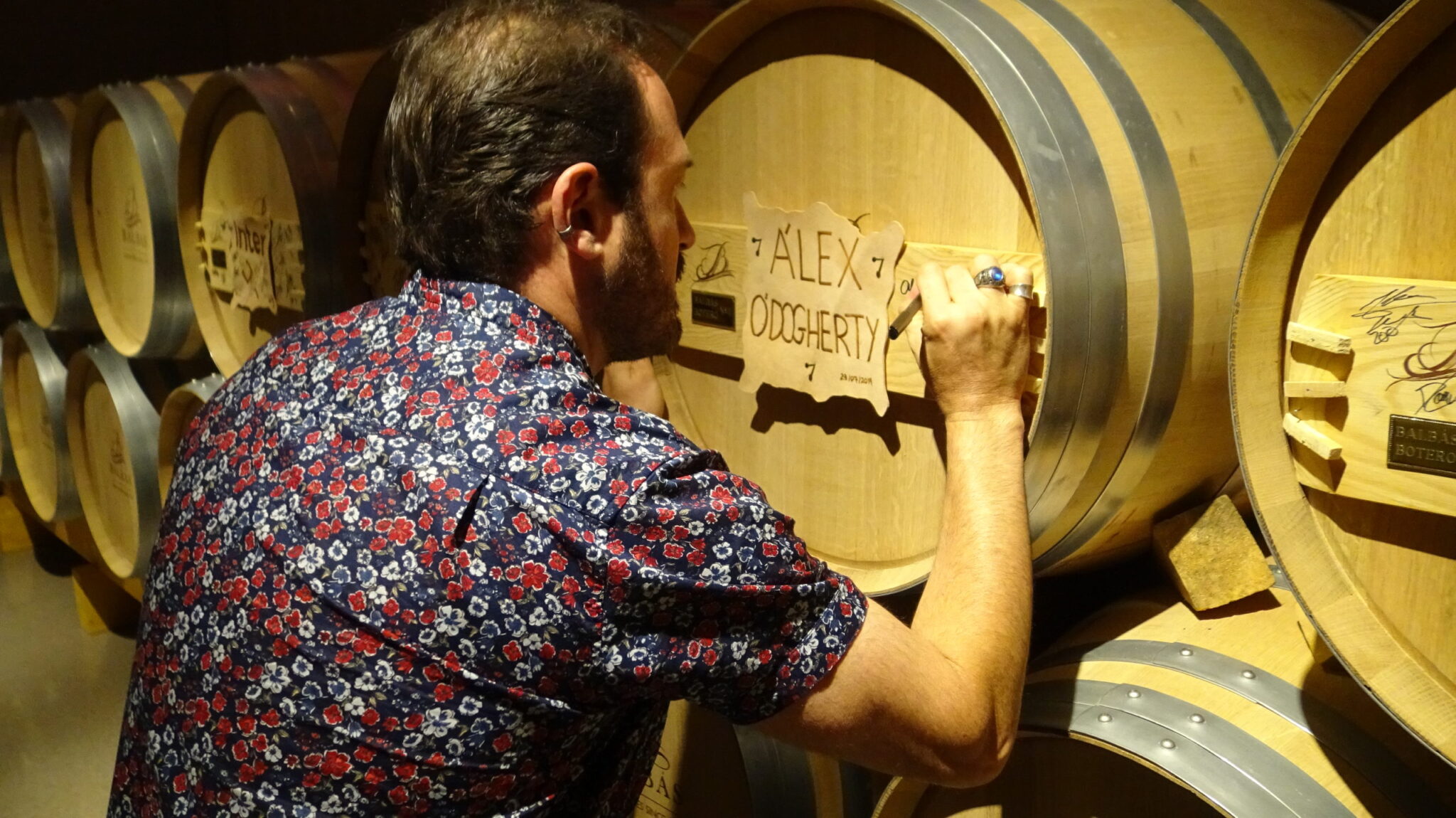