This Tuesday, October 16, the official presentation of the agreement reached took place at Bodegas Balbás BALBAS WINERIES and the MOVISTAR INTER of futsal to be a sponsor and official wine of the same.

With the aim of continuing to grow as a brand in an increasingly disputed market, Bodegas Balbás reached an agreement this Tuesday with Movistar Inter to be the official wine of what is considered on its own merits, the best team in the world.

Juan José Balbás, on behalf of Bodegas Balbás, explained to those present the growth project of the winery family, both in terms of infrastructure and image, which is why it has been agreed to be the official wine of the, currently “Unanimously considered , the Best Futsal Club in the World, and, for sure, will be World Champion again”, he stated, while declaring himself “happy to join the Balbás family to such an important project at an international level that enjoys the same ideals of work and effort that our winery”. 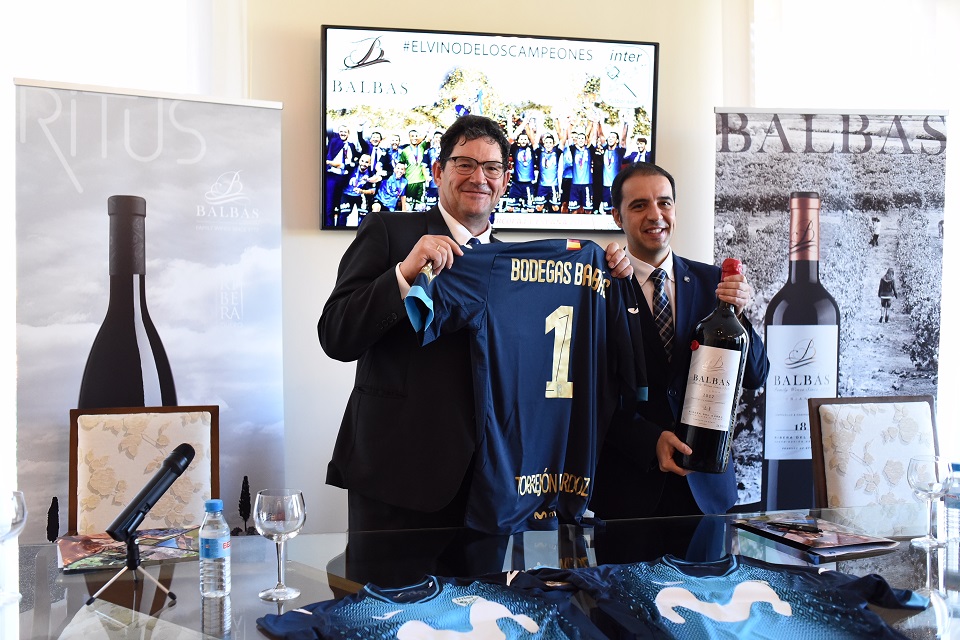 As of today, Balbás wine will occupy an even more important place on the national and international scene, giving full support to a team, Movistar Inter, which has equally committed to our brand: "It is an honor to be part of the project from Bodegas Balbas. We will do everything possible to promote the brand of this wine from Ribera del Duero together with our successes " declared José Carlos Delgado and Luis Amado.

Each local game will be chosen by the specialized press as the “Balbás Player”, who will receive his trophy in wine. Likewise, different acts and tastings will be activated with the club.

There will also be a raffle for different gifts in the form of spices in wine, and tasting visits to the winery among those attending the matches and monthly raffles for tickets and unique experiences among the followers of both brands on social networks.

For its part, this is how Movistar Inter sees its arrival in Ribera del Duero: “A perfect opportunity to continue expanding horizons in a unique region” in the words of José Carlos Delgado, its general manager.

Despite the tight schedule of the project (currently with all dates closed for the tour in the next two years), the club is committed to bringing the first team to the town of Burgos so that the little ones can enjoy a day of enjoyment and learning. In this way, world-class sport would be brought closer to an audience, that of the students of the Arandino schools, always eager to enjoy new experiences. 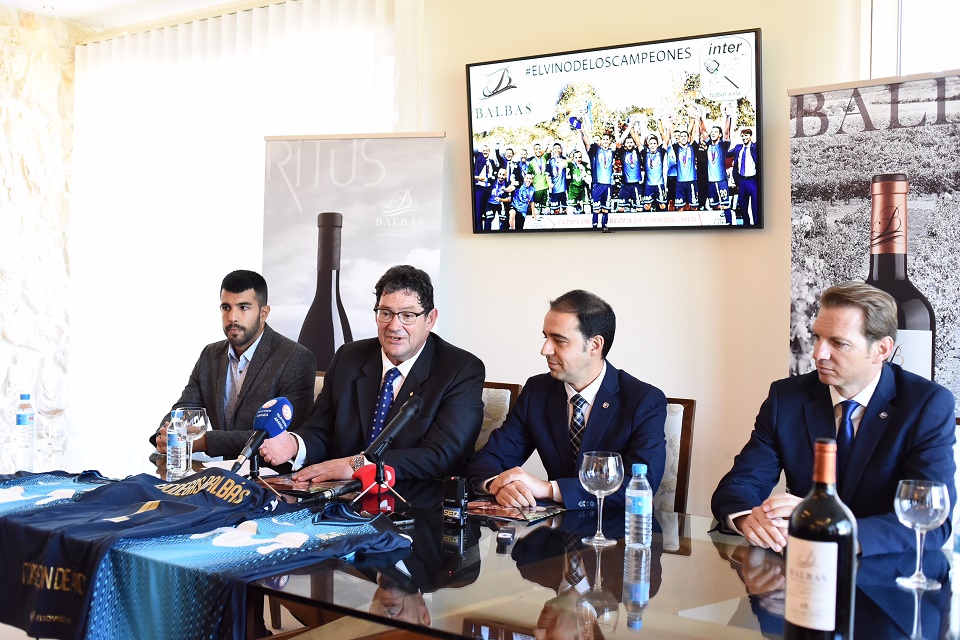 -Winery founded in 1777 with a family tradition run by the sixth generation.

-One of the 8 founders of the DO Ribera del Duero.

-Named as one of the 100 best wineries in the world by Wine & Spirits.