Michelin stars, sommeliers and gastronomic journalists gathered at our facilities.

The Tasting Committee in charge of qualifying the quality of the 2018 Ribera del Duero vintage visited the Bodegas Balbás facilities on a day full of surprises.

After qualifying as VERY GOOD the wine from the grapes harvested just a few months ago and comply with various protocol acts and visits to vineyards, the last stop on the way of the 'judges' was in La Horra. Thus, Meritxell Falgueras, Daniel González (Sommelier of Casa Gerardo **), Yolanda Esther Rojo and Juanjo Losada (Restaurant Pablo *) and Gemma Vela (Summelier of the Hotel Ritz) entered the different rooms of our Winery.

The visit, guided by our General Director, Juan José Balbás, and our winemaker Pedro de la Fuente, began in the tank area, where the wine cycle begins. There the questions and conversations of the attendees focused on the keys to the elaboration of a wine that, in the words of Pedro "has its main secret in the vineyard."

Leaving behind the metallic tone of the first large warehouse, the next step was the historical family collection of Balbás and the barrel room.

There, surrounded by French and American oak, the attendees were able to hear first-hand the process of creating our patented toasting, the decision-making process when choosing the different types of wood to store our wines... A whole 'Masterclass' given by the sixth generation of our Balbás family.

The first surprise would come in the foudres room, in the most remote point of the cellar. A small space that is installed about 4 meters underground, where our great wines rest. Right there, the visit stopped, discovering the personalized barrels that could be signed immediately by each of our esteemed guests. Marker in hand and with a smile from ear to ear, the five posed after leaving their stamp for a photo that captures a very special moment.

Bottling room and wine rack were the last stops for the group before moving on to the great halls.

After seeing first-hand how Balbás wines are made, Meritxell, Daniel, Yolanda, Juanjo and Gemma arrived at the salons. It was then that they were able to taste the wide range of wines we make, starting with Verdejo and Rosé, accompanied by an appetizer based on razor clams, to whet your appetite.

After the first contact phase was advanced, it was the turn of the paired dinner, which began with Le Bujou Rose. A bottle that captivated attendees both for its interior and for its unique design. The Norway lobster tail was the delicacy chosen to enhance the flavor of this Provencal-style wine.

The second course, steak tartare, was accompanied by Ritus. One of the most surprising wines for its perfect combination of varieties as well as for the power of flavor provided by the height of the vineyard.

Our Reserva was the pairing chosen for the third course, a monkfish that delighted the attendees. Perhaps, one of the striking ones, since it was also cooked with the lees of the wine's aging with which the flavor impregnated the dish, achieving a perfect harmony,

The star dish came out last. Roasted lamb from the land, with salad, washed down with Alitus, the jewel of Bodegas Balbás.

A piña colada with mousse put the finishing touch to a perfect evening in which Michelin stars, sommeliers and journalists were able to exchange opinions and experiences in the heart of one of the oldest wineries in Ribera del Duero. 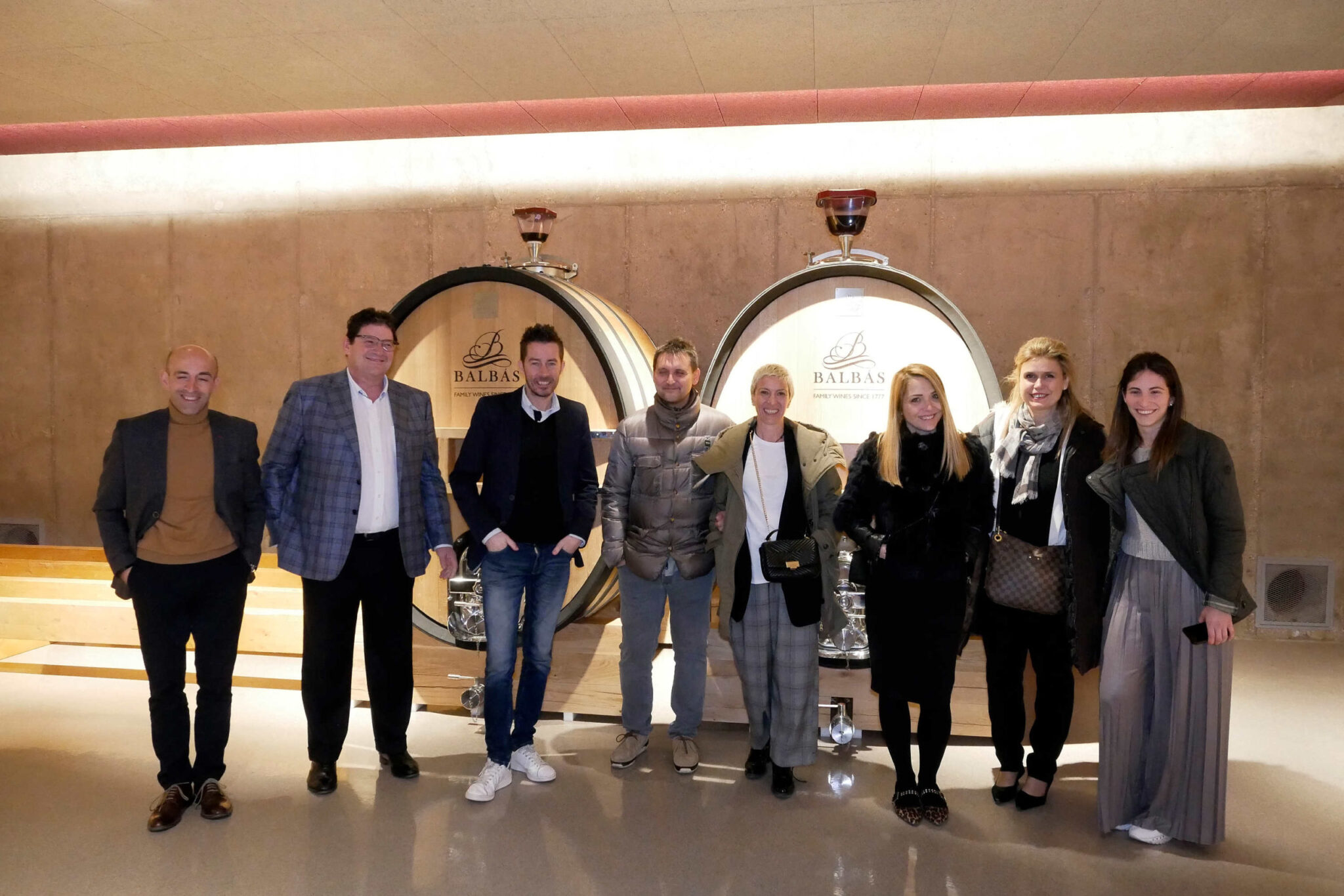