After playing with the little ones in Aranda de Duero, they moved to our winery where they visited, tasted and ate.

The current best team in the world, after carrying out the Megacracks Tour in Aranda de Duero as part of the agreement signed with Bodegas Balbás and the invaluable help of the Aranda de Duero City Council, has enjoyed a day at the Bodegas Balbás facilities. The little arandinos were able to share an unforgettable morning with their Inter Movistar idols at the Príncipe de Asturias Pavilion. Elisandro, Pola, Ortíz… All of them delighted an audience devoted to their cause. 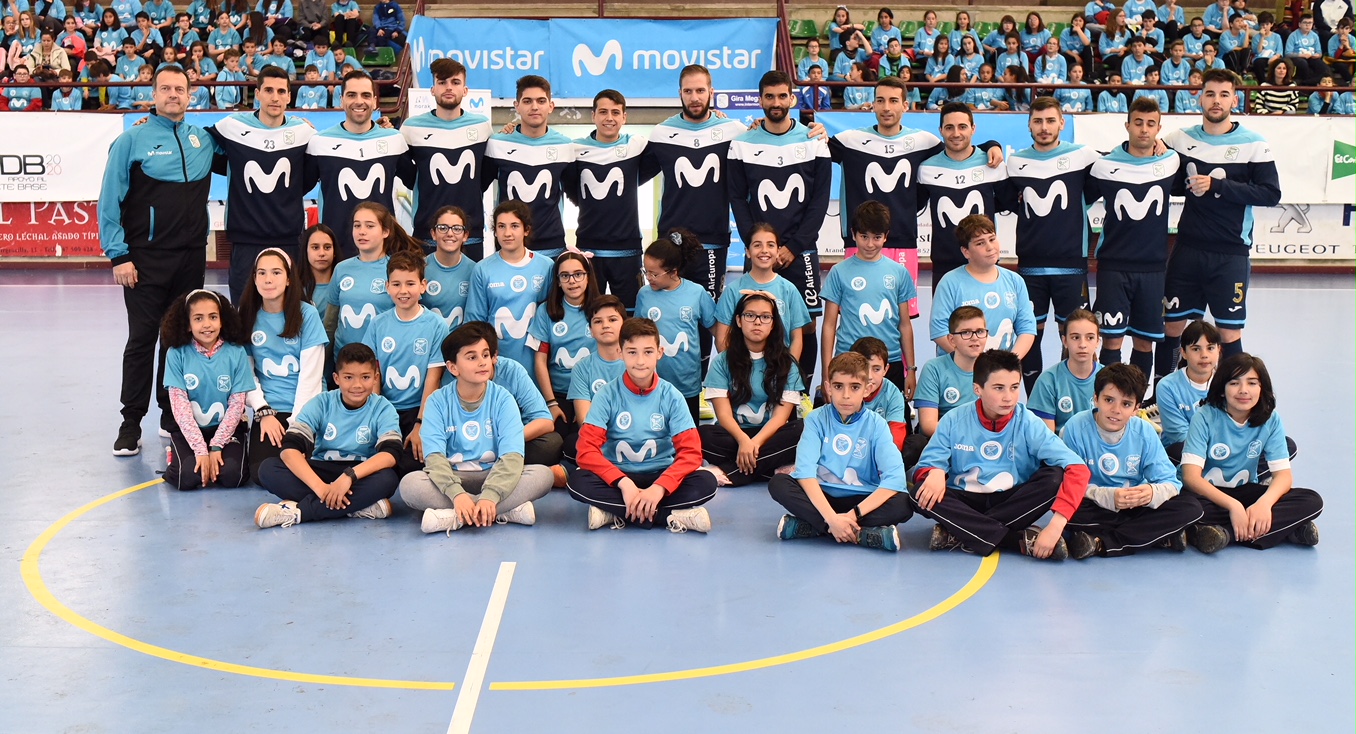 After the sport, players, coaching staff and board of directors got on the club bus to La Horra to continue their journey through La Ribera del Duero. The journalist Iñaki Cano and former player Luis Amado led the expedition.

This was the first time that the players set foot in Bodegas Balbás, given that the board had already visited it in winter when the collaboration agreement between the two entities was closed.

Bad weather prevented the vineyards from being visited, so, after the reception, the tour inside the winery began. The grape reception area and the tank room were the first stops for a group who, knowing Balbás wine, listened carefully to the explanations of its production.

The next obligatory stop was the barrel room. There, among more than 2,000 examples of French and American oak, the members of the Interista club were able to sign their own barrel. This is how they became part of the Boteros de Balbás club, something that made the players especially excited.

And it is that, during the regular season, each match played at the Jorge Garbajosa Pavilion, the home of Inter Movistar, the specialized press chooses the best player of the match. This is how day after day, different players from the first team have been able to enjoy a Balbás Crianza Magnum at home.

After finishing the tour of the central facilities of Bodegas Balbás, it was time to taste. The great halls of Bodegas Balbás awaited the group in their best clothes, exhausted after an intense morning of sports with the little ones.

The tasting began with Balbás Verdejo and Balbás Rosado, two wines that refreshed with their sweetness and balanced the palates of the players. Then, it was the turn of the reds. Balbás Crianza was the first, a wine that they already knew perfectly well, but as our guests assured, it tastes better when you are in the cellar.

Not everything was going to be wine, and the delicacies began to arrive at the table. Stewed chorizo and blood sausage from the land burst onto the scene to pair with Ritus, another wine that they also knew perfectly well at the club, and probably Bodegas Balbás' greatest current benchmark in Madrid. Finally, it was the turn of the roast suckling lamb.

After lunch, tired but very satisfied, the players, coaching staff and board of directors got back on the bus to Madrid, with a smile on their faces, probably counting down the days to visit Ribera del Duero again, but with their minds placed in the following sporting commitments, starting with the Final Four of the Futsal Champions League. 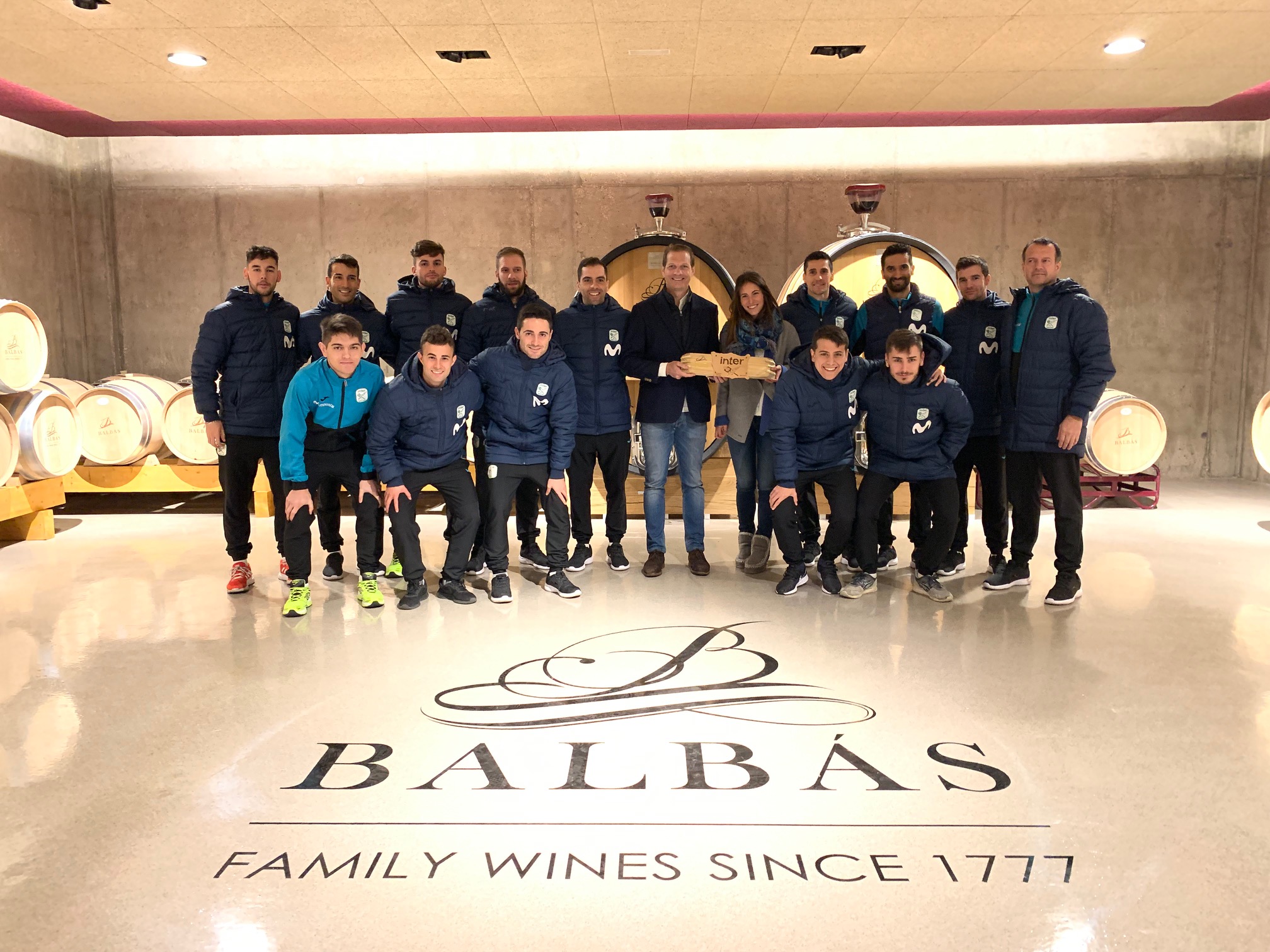