RICARDINHO PRESENTED HIS BOOK WITH BALBÁS

Bodegas Balbás has been present at the presentation of Ricardinho's book 'Magic happens where there is dedication', by Roca Editorial de Libros. With the assistance of numerous media and accompanied by the President of Movistar Inter FS José Manuel Saorín, the General Director José Carlos Delgado, his former partner and Ambassador of the Movistar Megacracks Tour and Institutional Relations of the Luis Amado Club and several of his colleagues of the team, the crack interista has told what people are going to be able to read in this book which, basically, and in the words of Ricardinho himself, is that “You have to fight for what you want and not be conformist. To become the best I have had to make many sacrifices throughout my life.

With some difficult beginnings, because what he really liked was football, Ricardinho had to forcefully opt for futsal when they told him he was short. From that moment on, and thanks to the efforts of Carolina Silva and the president of Miramar José Manuel Leite, the Portuguese began to discover a new sport for him that little by little he became passionate about.

Ricardinho, who has already won two Balbás Player of the Day trophies, reviews in this book his beginnings, his entire career, with his successful time in Japan, and tells us the secrets of some of his most famous 'magical' dribbles. He also talks about his lifestyle and how he takes care of himself to remain the best player in the world for five years in a row. In addition, he recognizes that in his beginnings his mirror was Falcao, but that over the years he learned to also look at his colleagues.

“With this book I want to show that, despite the good and bad moments that each one may have on a personal level, you have to overcome yourself. And this applies to anyone, not just futsal lovers", pointed out the 10 interista during the press conference.

“I am very proud to contribute my grain of sand to help spread futsal. I think we lack idols in our sport. In my case, I have realized that I have to be an example on and off the pitch.", highlighted Ricardinho.

Without a doubt, an unmissable book not only for futsal lovers of any team, but for anyone who can see in Ricardinho someone who, when told that he was not worth something at first, in this case soccer, I look for an alternative and fought hard to be the best and a benchmark for the rest.

At the end of the presentation, the attendees were able to enjoy a tasting of Balbás Verdejo, Balbás Crianza and Ritus. 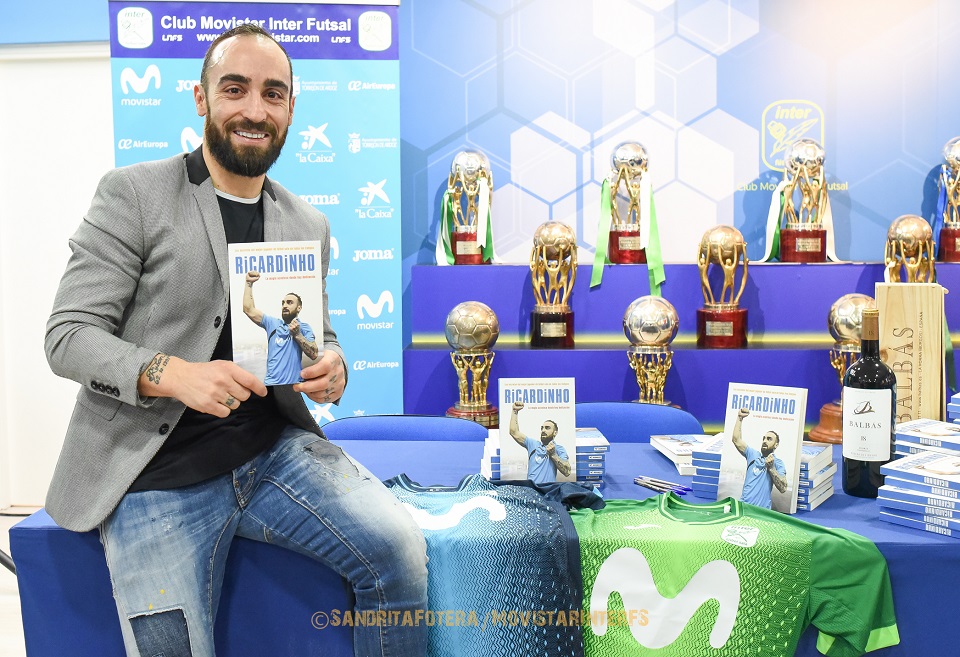