Bodegas Balbás has once again collaborated with the Basket Christmas Edition organized in Burgos to collect toys for the most disadvantaged children.

On this occasion, participation in said solidarity event has been accompanied by a visit to our facilities by distinguished guests.

The all-star event brings together basketball fans, players and ex-players in Burgos every year. A cast of renowned personalities such as Fermando Romay, Salva Díez, Erika da Souza and Carlos Sáinz came to Bodegas Balbás to visit the winery and taste our wines. The great protagonists of the VI Basket Christmas Edition moved to our central facilities of Bodegas Balbás located in La Horra.

The day began with the pertinent reception of the group in the main hall and subsequent arrival at the tank room. There began the explanations of the history and elaboration of our wine.

Being the first visit for many of them to a winery Ribera del Duero, the questions followed one after another, where there were no shortage of comparisons with the world of basketball.

The group, very dynamic and outgoing, went to the antechamber and barrel room, an enclave that fascinated the visitors. There, the aromas of vanilla and caramel with hints of spices dazzled the group between photos and jokes. The athletes' height made the stacks of barrels dwarf next to them.

It was then that the large wooden door opened that leads to the last and hidden room of Balbas, the heart of the winery. Home of the great foudres, the barrels with the house's most prized wines and, of course, the Balbás Boteros Club.

Surprised, each of the new Boatmen of Balbás he signed his personalized barrel. Happy to be part of one of the wineries with the most history in the region and founder of the DO Ribera del Duero.

After the official photo, and passing through the bottling room and the bottle rack, it was time for the tasting.

The different wines of the range Balbas they were pairing delicacies from the land to close a very special day with some high-altitude visitors who are already part of the history of our winery. 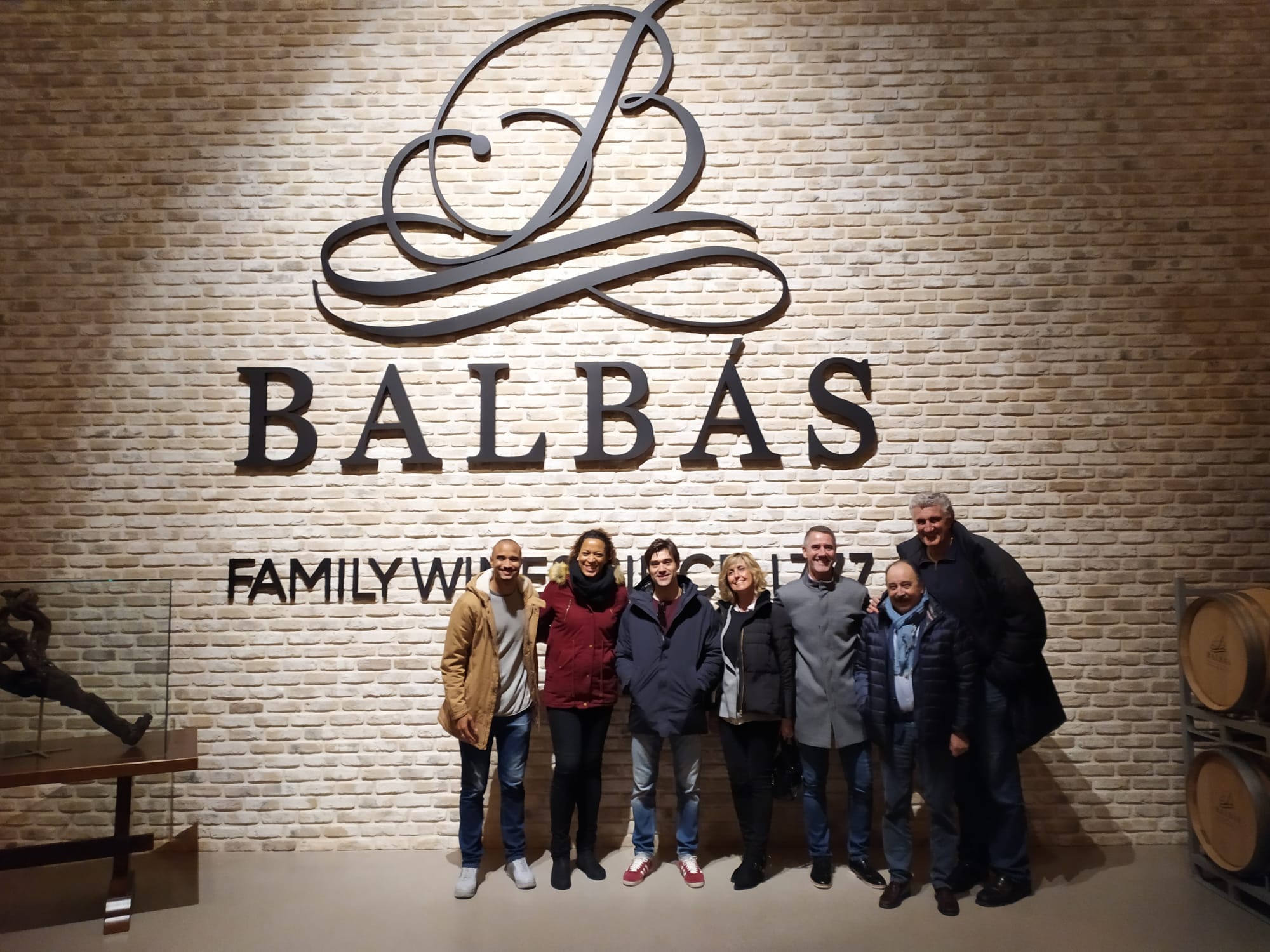